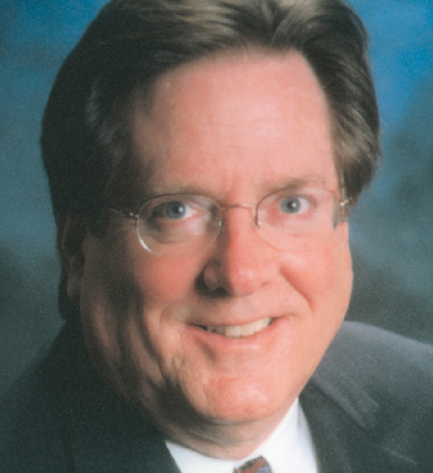 The industry lost a powerful voice and catalyst for improvement when Chris Davis passed away suddenly in February 2012. In the time he was a member of the flooring industry Davis touched the hearts of many.  He left an impression that will be recognized for decades to come.

Davis became Chief Executive Officer of Western Floor Covering Association in 1994. He knew that there is strength in numbers.  By January of the next year he merged the organization with the American Floorcovering Association. Through this merger the WFCA was born.

In an effort to enhance professionalism and profitability across all channels of the flooring industry — and recognizing the potential to grow membership – Davis launched benefits like the trade scholarship program. This initiative alone helped the association grow membership by over 40%.

When things were looking grim for the flooring industry, Davis breathed new life into the category through the launch of a consumer awareness campaign.  The program was designed to educate consumers about flooring and its impact on residential interior designs. The campaign is still running more than 10 years later. Many of the initiatives launched by Davis have been recognized with national awards for excellence.

Another notable accomplishment in Davis’ career was the exponential growth of the Surfaces trade show.  Surfaces was owned at the time by the WFCA.  Davis oversaw its development into one of the 50 largest trade shows in the world with attendance topping 40,000. He negotiated the sale of the show at its pinnacle while retaining strategic benefits for WFCA and its members, including a members’ exhibit discount and a top sponsorship position. WFCA reached the strongest financial position in its history.

Davis’ leadership assured the Association’s future for many years to come.

Davis also served as Chairman of the Board of the Floor Covering Industry Foundation (FCIF), a charitable organization dedicated to assisting members in the floor covering industry who experience catastrophic illnesses, severe disabilities or other life altering hardships.

Davis was an exemplary mentor to many. He was celebrated for taking the time to listen and offer thoughtful, sound counsel. His interest in people and helping them out was not dictated by an interest in personal power or material wealth. Davis genuinely cared and wanted to help people at every level succeed. His advice was always right on, and those who knew him could count on him to always go the extra mile.