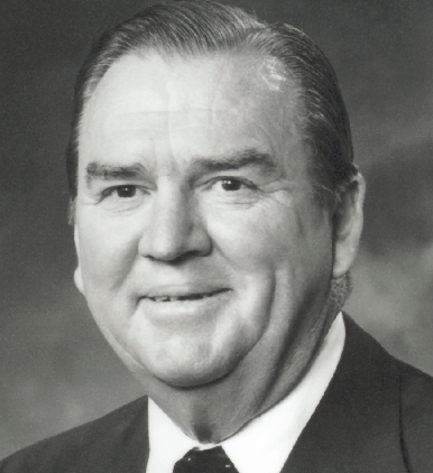 John (Johnny) B. Campbell II began his long and distinguished career in floor covering manufacturing in 1934, during the Depression. At age 12, he joined Mannington Mills, the company founded by his grandfather in 1915, as a summer employee earning 25 cents an hour. After attending Dartmouth College and serving in World War II as a member of the Marine Corps, Johnny returned to Mannington in 1946 as a Plant Manager Trainee. Through hands-on training and working in every department of the company, he learned all aspects of vinyl flooring manufacturing, sales and marketing. He became President of Mannington in 1956 at age 33. That year he made a bold leadership move by convincing his parents that a new plant able to produce 12-foot rotogravure vinyl goods was essential to the continued success of Mannington.