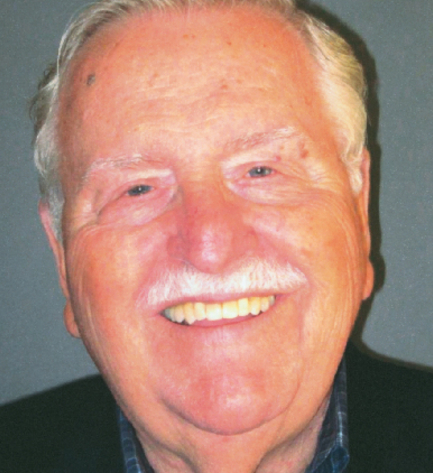 The paper trail of industry accomplishments by Fritz Munzinger could very possibly circle the globe more than once. Most notably, he is recognized for his merchandising and selling skill-set in the retail sector.

During his career at Gulistan, Fritz revamped the sales organization from one that called on distributor size accounts to one that called on key dealers in each market. Munzinger then helped to expand Baker Bros. from a four-store retailer in Phoenix to an 11-store giant that ultimately grew into one of the 50 largest retailers in the U.S.

Fritz went on to become a Pilot Dealer for the DuPont Stainmaster Flooring Center Program—an organization of Stainmaster Carpet’s largest customers. He experienced tremendous success in this endeavor and, in time, developed a groundbreaking selling system for the program that continues to be one of the industry’s best.

With a growing reputation for retail mastery, Munzinger launched Munzinger Consulting. His namesake firm worked exclusively for Invista with manufacturers and retailers of all sizes to improve the mills’ and retailers’ overall business model. Through this collaboration, he helped build the SFC dealer network. He also guided the organization in its development of breakthrough yarn systems and developed many of Stainmaster Carpet’s successful marketing programs.

In 1984, Munzinger was named Flooring magazine’s Merchandiser of the Year and in 1989, Western Floors magazine gave him the Outstanding Retailer Contractor Award. He also received the NFA Retailer of the Year Award in 1996.

In addition to his professional achievements, Munzinger has donated much of his time and financial success to a multitude of community and non-profit endeavors. He, along with his wife, are large supporters of Friends of the Orphans—an organization that provides resources for homes for orphaned, abandoned and disadvantaged children in Mexico, Haiti, Dominican Republic, Nicaragua, Honduras, Guatemala, Ecuador, Peru and Venezuela. He has also worked to raise funds to have homes and buildings built for those in need, as well as victims of disasters in various parts of the world.