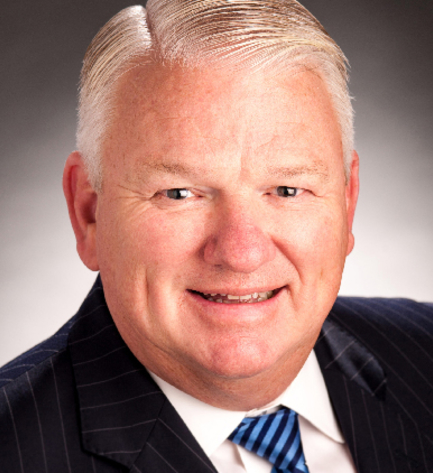 Keith Campbell has spent his entire career at Mannington Mills, which was founded by his great grandfather in 1915. He cut his teeth in the business at his family’s company, working from the ground up through a wide variety of positions. He joined Mannington’s Board of Directors in 1983 and became its Chairman twelve years later.

Today Mannington employs more than 2,400 people around the globe, including nine manufacturing plants across North America. Mannington has achieved the greatest corporate growth in its history under Campbell’s leadership, including two successful acquisitions – Burke Industries in 2008 and Amtico International in 2012.

Mr. Campbell has remained constant in his commitment to Mannington’s long-standing core corporate values – Care. Do the Right Thing. Work Hard/Play Hard and Control Your Own Destiny — throughout his tenure with the company. These values, coupled with the corporate mission “to be the best people to do business with in the flooring industry,” have propelled Mannington to a global flooring industry leadership position.

In addition to his corporate duties, Mr. Campbell has been an active participant in numerous professional organizations and initiatives designed to benefit the flooring industry. He is currently an Associate Director on the WFCA Board, where he serves on the Finance Committee – a position he has held since 1996.  He also serves on the Board of Directors for the Floor Covering Industry Foundation (FCIF), a charitable organization dedicated to assisting people in the floor covering industry who experience catastrophic illnesses, severe disabilities or other life altering hardships.

Mr. Campbell’s involvement in community activities is extraordinary. For over 23 years he has served as Trustee of the John B. Campbell Family Fitness Center of Salem County – a non-profit facility that provides a full array of community services to local residents. He is on the Board of Directors of South Jersey Industries, Inc., an organization dedicated to climate change solutions and conserving energy. In addition to his multitude of service and support roles at several universities and educational institutions, Mr. Campbell serves on the boards of many charities, including United Way and Ranch Hope for Boys.  He has proven himself an exceptional ambassador of good will for the flooring industry.