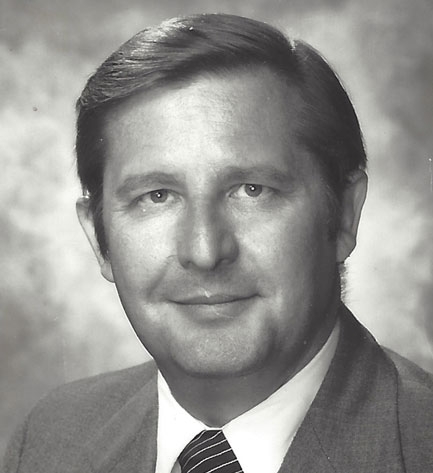 Reg Burnett, who passed away in 2013, was a visionary leader, internationally known carpet expert and a consummate professional. Born and educated in England, Burnett moved to the United States in 1957. During the next 15 years he studied synthetic fibers and worked in the American carpet and man-made fiber industry. He founded the RBI Carpet Consulting business in Dalton in 1967 and as its reputation grew internationally, changed to RBI International in 1969. Under Burnett’s leadership, the company grew to a staff of 22 permanent specialists working with more than 250 companies around the world. He remained managing president until his retirement in 2002.

With a career spanning over 50 years, Burnett earned the respect and friendship of other industry leaders, not only in Dalton, but throughout the world. He had an uncanny ability to predict major shifts in the industry. Decades before it happened, he predicted the industry’s consolidation from over 400 manufacturers to fewer than 50, that three or four mega mills would dominate, and vertical integration of many of the medium and large mills.

At heart, Burnett was a teacher who enjoyed helping others achieve personal and professional success. Burnett authored over 100 technical articles that were published in numerous industry trade magazines and was in constant demand for speaking engagements all over the world.

Burnett was a true leader, highly respected for his honesty, integrity, and humility. In spite of his very proper British upbringing and accent, Burnett believed in having fun and the value of relationships in business and in life. The RBI company motto was to “delight our clients” and every fiber of the organization was based on that quality.