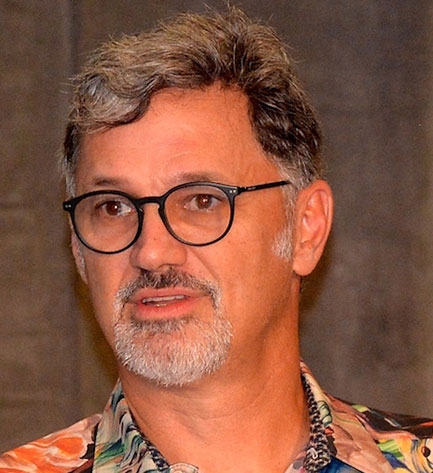 The industry lost a true visionary when Gheesling passed away suddenly in November2020. His sharp mind, keen eye, passionate drive, and kind spirit catapulted him to be an industry legend. Gheesling touched the hearts of many and left a lasting impression on everyone he met.

Gheesling began his career selling industrial equipment before becoming involved in the flooring industry. He worked at both Mohawk Industries and Abbey Carpet and Floor before co-founding FloorExpo Inc., today known as FEI Group – the nation’s largest network of flooring contractors, cabinetry and countertop dealers, decorative hardware and plumbing showrooms, and roofing business owners. He remained president and CEO until his death.

In 1988 along with colleagues Tim Joyce, Andy Hogan, and Randy McNatt, they founded FloorExpo, Inc. to serve the residential contract market, a market that was untapped by the rising tide of buying groups in the 1990’s. What started as a focus just on flooring had quickly expanded and currently has five divisions, Home Solutions by FloorExpo, MultiFamily Solutions by FloorExpo, KBx, K&B Alliance and Exterior Contractor Alliance and services all 50 states across its five divisions. A key component of the FEI success is the group’s emphasis on culture, led by Gheesling. He has been responsible for cultivating lasting relationships between contractors, builders, and suppliers and by nurturing and growing membership with an exclusive group of business owners. He instilled the company’s core values throughout the organization and guided with an attitude of gratitude and positivity. These values have propelled FEI Group to be the fast-growing, multifaceted company they are today.

Gheesling was a visionary—full of great optimism, creative strategy, business acumen, a gifted speaker and had an authentic connectedness that attributed to a natural leadership few people possess, yet he was known by all to be approachable, personable, and down-to-earth. He took great pride in his roles as brother, uncle, CEO, and friend, but perhaps more important than anything, he cherished his role as father.