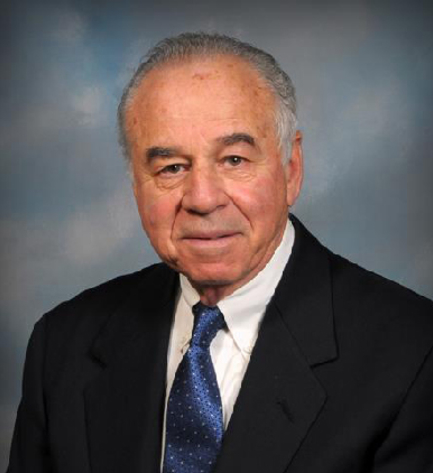 David Polley was establishing himself as a "strategic thinker" before corporate America even knew what "strategic thinking" was. Unlike some, he was not "born" into the flooring industry. He came into the business armed with an undergraduate degree from the University of Pennsylvania and an MBA from Columbia University. He has seen and helped to lead the industry through its dramatic evolution from weaving to tufting, the consolidation of manufacturing, and most recently its journey through, and powerful emergence from, the Great Recession.

Polley has left a trail of success throughout his career. He entered the flooring business almost 60 years ago. He has been an industry innovator in retailing, manufacturing and marketing ever since. Polley began with Abraham and Straus, at a time when department stores were the dominant retailers in the carpet industry. There he learned the science as well as the art of running a business by the numbers. He quickly grasped principles that he would apply throughout his career. As the retail environment changed he moved on to Korvettes, a dominant mass merchandiser making an aggressive move into carpeting.

With the industry in a period of rapid expansion, Polley moved to the manufacturing side. He worked first for Stephen Leedom, and then launched David Industries in 1972. Here he handled all sales, product development, marketing and manufacturing. The diversity of this position prepared Polley well for his next assignment, as President of Lee's Residential. He began there in 1981 and, in a market filled with imitators, took the high road and positioned Lee's as a mill that brought both style and innovation to its retail partners.

In 1991, after a decade at Lee's and then Burlington Industries Inc., Polley embarked on his greatest challenge yet. World Carpet was a pioneer in the carpet industry. From its initial rise to prominence, it had fallen on hard times as its commodity strategy became ineffectual with larger, cost-efficient competitors. Polley repositioned the core World Carpet brand while developing a new fashion strategy led by the reintroduction of Customweave and Wunda Weave. The revived brands got new life through the use of unique tufting constructions combined with extended color lines- all conceived by Polley. Through this venture the business went from a 10-year stretch of financial losses to proven profitability. Mohawk Industries eventually purchased the entity for $175 million.

Polley stayed with Mohawk after Its acquisition, overseeing all of the company's residential business. He played an integral role in developing the Mohawk brand strategy—Mohawk Makes the Room—that became the centerpiece of the company's advertising strategy and is still In place today. Polley departed from Mohawk in 2003 to join The Dixie Group. Applying a storehouse of retail and manufacturing know-how amassed over years in the flooring Industry, he conceived and launched the Dixie Home brand. That brand exists today and enjoys annual sales in excess of $100 million.