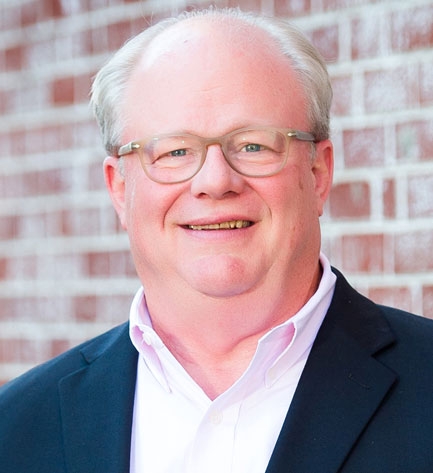 Tom Jennings is a lifelong member of the flooring industry. He was literally born into his family's retail business, Bud Jennings Carpet One, Inc. which he sold in 2006. He served as president for 20 years following his father’s retirement. During that time of operation, the business won many local, regional, and national awards. Upon its sale, the business – which operated its own installation training program - had trained well over 100 installers and service personnel - many of which are still active in the industry today.

With his goal of raising the professionalism of retailers and installers, Jennings made this his hallmark and branched out on his own as a professional trainer, speaker, and consultant. As his reputation grew for his retail mastery, Jennings joined the WFCA in 2013 as Vice President of Professional Development where he remained until 2019.

Jennings has made a lasting, positive imprint, most notably with his mantra, “They say that champions don’t do one thing a 100% better than their competitors, rather they do a hundred things 1% better.” His customer-centric strategy is infused throughout every department of the business and focuses on getting the fundamentals right - from merchandising to store design, from sales practices and customer service to marketing and installation.

Jennings is a notoriously strong advocate for installation training for sales professionals, as well as installers, focusing on the value that professional installation brings to the customer. He co-founded the first local association of American Flooring Association (AFA) in Kansas City (HAFA) in 1980. Jennings was supportive and involved throughout the formative years of the International Certified Flooring Installers Association (CFI) in Kansas City, which the WFCA now has brought under its umbrella. He is the recipient of CFI’s Chris Davis Award in 2014 for his dedication to promoting quality flooring installation.

In addition to his professional achievements, Jennings has lent his knowledge, talents, and labors to many in the flooring industry throughout the decades. He has served on many industry boards and councils such as the Retail Floorcovering Institute (RFI) - which later became the American Floorcovering Association (AFA) - a predecessor of the current World Floor Covering Association (WFCA), WFCA president, WFCA Services Inc. Chairman, Industry Chairman for ANSI SLOO Standards Committee, Floor Covering Consumer Credit Association, and multiple advisory boards.