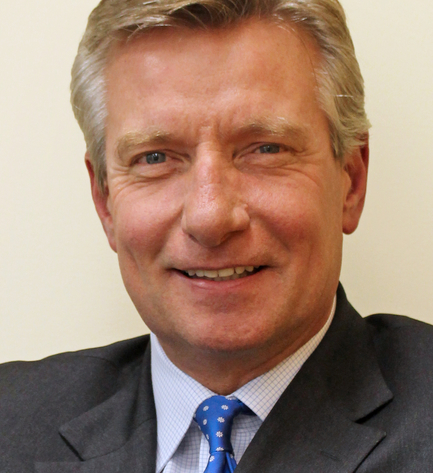 Piet Dossche, founder and chief executive officer of US Floors, didn’t hail from a business environment. His father was a judge in his home country of Belgium, so he grew up in an academic household. After attending Brussels Catholic College, Dossche took a job at Beaulieu International Group, where Roger De Clerck became one of his first professional mentors, giving him the chance to prove himself at an early age. He became managing director of Beaulieu’s manufacturing plant in the U.K. at only 24. After five years, Dossche decided to strike out on his own, founding Image Flooring in Europe.

Twice more during his career, Dossche would turn a business challenge into an opportunity.  First, when Image Flooring was derailed by a quality issue, he moved to the U.S. to work for Beaulieu of America, where he became president of their residential business.  Then in 2001, he once again pursued his entrepreneurial itch and started US Floors.

Under Dossche’s leadership, vision, genius and the creation of the revolutionary COREtec® product line and brand, US Floors grew dramatically before being acquired by Shaw Industries in December 2016. With innovation at the core of their DNA, the company has doubled in sales since that acquisition.

Through it all, Dossche credits his team at USFloors who helped execute the vision and his wife Sabine for helping him remain grounded during the twists and turns of his career. He says that Sabine balances his risk taking with her more cautious tendencies, which he describes as the yin to his yang.

Watch Piet Dossche's induction into the Hall of Fame at TISE 2020.